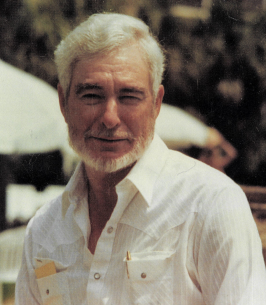 William Bithal “Dub” Cagle of Pocahontas, Arkansas, peacefully transitioned from this life on January 7, 2022, at the ripe age of 94. He was born on August 22, 1927, to the late Martin “Fuzz” Cagle and Maudie West of Pocahontas.

Dub is preceded in death by his daughter Diana Lynne Cagle of Tempe, Arizona, brothers Darrell Cagle of Pocahontas and JD Cagle of Maynard. He has one surviving brother, Martin Cagle Jr. of Pocahontas.

Dub grew up working the sawmill and farming with his family. Later in life he ran his own sawmill. He proudly served in the United States Army, moved to Arizona to raise his family and run his two car lots. He returned to Pocahontas, the hometown he loved.

Dub was an avid pool player and once played against the Legendary Minnesota Fats’. He loved life, family, friends, a good joke, hunting, fishing, boating, archery, and a tasty cigar. He built a cabin on current river and enjoyed mechanic work. He was an outdoorsman who could name every tree and plant in the wild. His favorite musical instrument was the fiddle.

Dad was a compassionate person with a big heart and a big smile. He was very appreciative of everyone who helped him during the last three years of life including all his friends who provided rides, Above and Beyond staff, Five Rivers Home Health, Roselyn and Dale Carden, nurses, VA staff, Mary Green, Sandy Glasgow and “Mo”. He was especially grateful to everyone who visited him, and just spent time with him. See you all in the next life

A visitation and Rosary will be held in the chapel of Hope Gardens Funeral Home. The visitation will be Thursday, January 13, 2022, from 5:00 pm - 7:00 pm with the Rosary to follow. On Friday, January 14, 2022, the family will meet at Hope Gardens Funeral Home at 10:15 am to proceed to St. John's Church for the Funeral Mass that will begin at 11:00 am. Burial will follow in St. John's Cemetery.